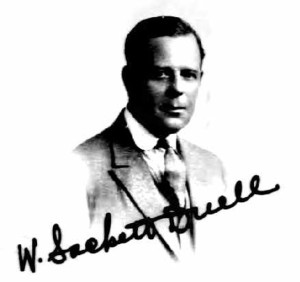 1902: Sackett Duell attended Yale and left Yale at the end of his freshman year in 1902

4-19-1905 Sackett Duell Married Louise Ensor Child in Ashland, VA, where she was from.

3-31-1916: General manager Sackett Duell and his family departed Amsterdam, NY to move to Yardley Pennsylvania where the new Klauder-Weldon plant is located. Their country estate of “Hillcroft” was one of the oldest colonial homes in Pennsylvania.

7-18-1919: Louise Child Duell died in Pennsylvania and was buried in the Duell plot in the Cortland Rural Cemetery, NY

5-23-1926: Sackett Duell died  in a hospital in New York City from cirrhosis of the liver.