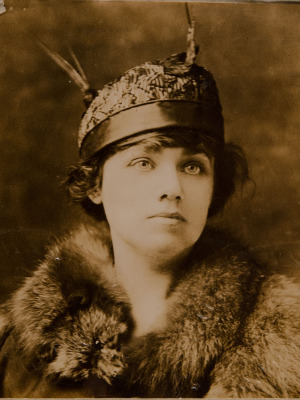 5-17-1884: Emilie Miller Brown was born to Walter Peet Brown and Emily M (Miller) Brown in St. Louis. She was a first cousin to Holland Duell’s first wife, Mabel, by way of her father Walter Brown and Walter’s sister Annie Brown who would become Mabel’s mother.

1913: Emilie moved into the Duell’s estate Ardenwold to help with the children etc.

1915: Emilie Brown served in France as a volunteer nurse in the American Hospital for the French wounded at St. Valery en Caux and the French officer’s hospital St. Jean de Dieu, Paris

6-3-1916 Emilie Miller Brown Departed NY aboard the Chicago for France to resume war work. In France she assists the Duryea War Relief.

5-1-1918 Emilie Miller Brown departed NY aboard the French liner Espagne for relief work in France with the “Duryea War Relief.” While in France she assisted in the active management of the Duryea War Relief Fund and received a decoration from the French Government. (I would love to find out any details of that decoration that was mentioned in the New York Times obituary for her husband.)