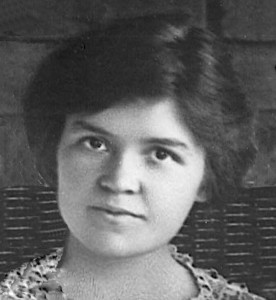 1900: Soon after becoming an officer of American Tobacco Company, to accommodate the busy merger business of the company, Mabel’s father, Charles E. Halliwell moved his family to Manhattan, and took residence at the Minnewalska at 2 West 88th.  Mabel attended the Misses Ely School in New York. (I would love to find a picture of her during this time.)

3-11-1902: Annie (Brown) Halliwell, wife to Charles E Halliwell died at her home in the Minnewalska, 2 West 88th, from pneumonia after an illness of less than two weeks.

9-29-1904: Holland Duell and Mabel Halliwell were married at the Hotel Majestic.

8-1-1926: Two thieves Arthur Barry and Monahan, used a ladder to enter the 2nd story window of Ardenwold at 4:40 a.m. When Mabel Stilwell whispered to husband John, one of the men pointed a pistol and cautioned them not to move. While Monahan searched the room, Arthur engaged in pleasant conversation. They made off with $5,000 worth of diamond jewelry, having cut the phone and power lines.

1940: As WW2 got under way, organizations were formed to help provide clothing for civilians in war torn areas as well as hospital garments for the injured. Mabel Stilwell applied for, and was granted permission to, start a local branch of one such organizations “Bundles for Britain” in Yonkers, New York. She later opened a local branch of a similar organization “Bundles for America” growing from a one woman beginning to having over 700 volunteer women working in Yonkers.

5- 1979: After her husband, John Stilwell, died on July 26, 1963 Ardenwold was purchased by the Julia Dyckman Andrus Memorial, Inc., under whose stewardship the house burned down. Fifteen years later, in May 1979, Westchester County acquired the 20-acre parcel of land as well as the 20-acre adjoining estate, Lenoir, which had been owned by Dr. and Mrs. Orrin Wightman. The two estates were combined to create the 40-acre Lenoir Nature Preserve, which is open to the public and renowned for its woodlands, spectacular views, and bird watching.