A newly unearthed gem in American history, Rowdy by Christopher Madsen is, perhaps, one of the most highly awarded books of 2015. Rowdy is a 1920s adventure and love story that follows the colorful history of the famous 1916 racing yacht for which the book is titled. The tale, rediscovered and pieced back together by Madsen during his six year renovation of the yacht, centers on the life of the original owner, New York senator Holland Sackett Duell as he is immersed in The Great War, politics at the highest level, the birth of Hollywood, fortunes and mansions, love affairs as well as scandalous affairs and, of course, the thrill of illustrious New York Yacht Club sailing aboard his yacht Rowdy. Fully bringing to life the era and flair of Gatsby and Hemmingway, Rowdy, by contrast, is completely true, historically significant, and meticulously documented in support of the authenticity.

100 years after her launch, Rowdy (the yacht) is still making history. She is berthed in the Mediterranean and, in such playgrounds as Cannes and Monaco, she has won hundreds of races against the finest classic yachts in the world. As Sandman Yacht Company stated “this yacht has indeed dominated her class at the classic regattas making her probably the most successful classic race winner on the Mediterranean Circuit EVER.

This elegant 8 ½ x 11 hard cover, accented with gold leaf stamping, blind deboss, a rounded spine with spine hubs (ribs) and a woven burgundy book mark ribbon, portrays the look and feel of worn, vintage leather; an enjoyable compliment to the old world feel in which the entire story is told. Not only is this a magnificent coffee table book, but the rich and timeless content within also render Rowdy a worthy and rare compliment to the classic section of any fine library. 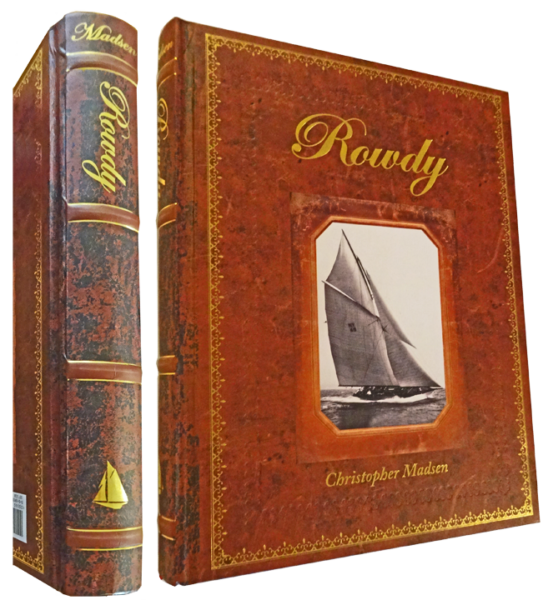 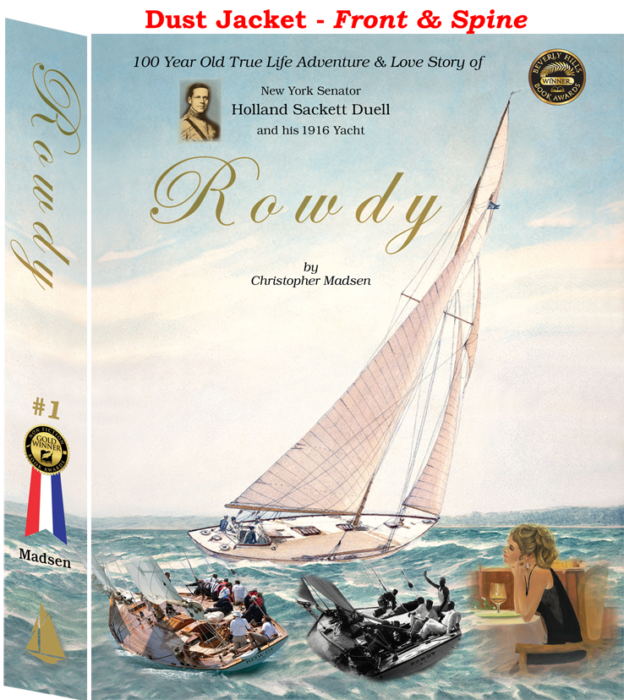 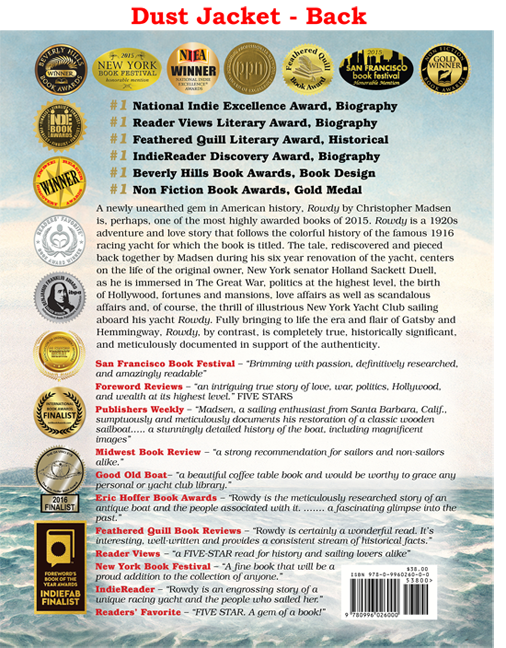 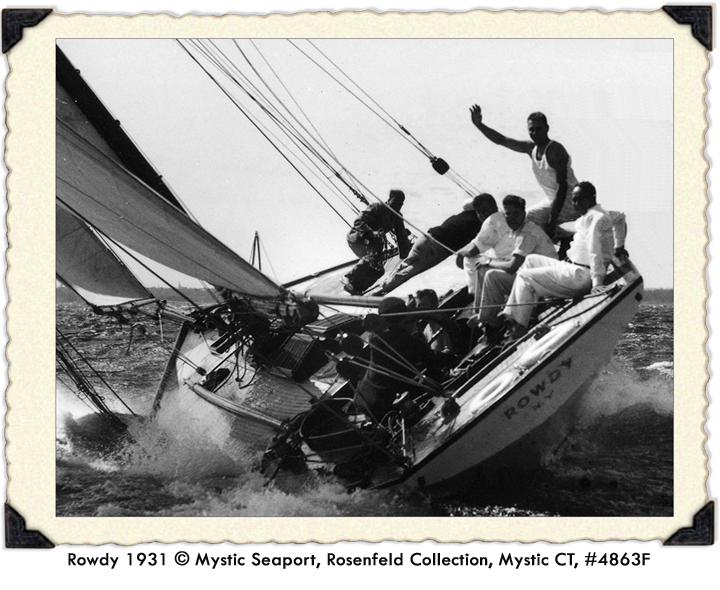 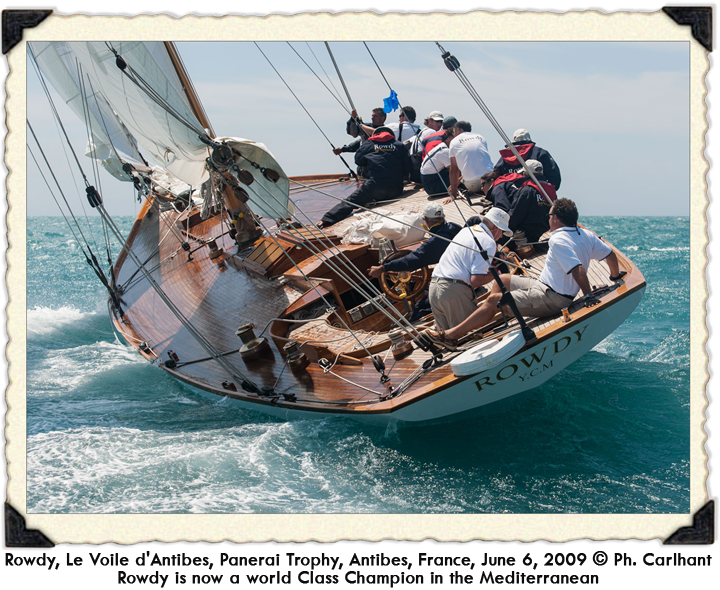 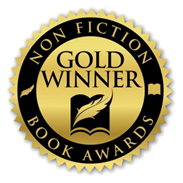 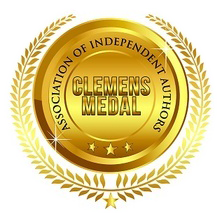 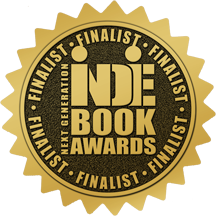 “Madsen, a sailing enthusiast from Santa Barbara, Calif., sumptuously and meticulously documents his restoration of a classic wooden sailboat….. a stunningly detailed history of the boat, including magnificent images”

“Rowdy was yachting royalty: built in 1916 for the New York Yacht Club by Captain Nat Herreshoff, the greatest sailboat designer of all time……an intriguing true story of love, war, politics, Hollywood, and wealth at its highest level.”  FIVE STARS 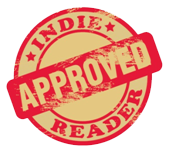 “The author has done an excellent job retelling the whole story of Duell and Rowdy, seemingly a love story of a man for the freedom he found when under sail….. ROWDY is an engrossing story of a unique racing yacht and the people who sailed her. One can almost feel the salt spray as the sails grow taut and the bow heads for deep water.”

“This well written book will captivate the reader to travel within its pages and pictures into the second decade of the 1900’s, through time, and all the way to the re-birth of “Rowdy.”… Madsen’s research is impeccable. I can’t imagine the amount of time invested in restoring the boat and uncovering its story… I truly enjoyed “Rowdy” by Christopher Madsen and recommend it as a FIVE STAR read for history and sailing lovers alike. It is a wonderful gift for anyone’s book collection and a wonderful couch traveling adventure to come back to on a relaxing weekend afternoon!”

“A man. A boat. A remarkable story. Those are the elements of Rowdy….. Travel through World War I and into the early days of Hollywood….. This tale of love, betrayal and scandal is as juicy as any of today’s tabloid fodder…. A fine book that will be a proud addition to the collection of anyone.”

“Having been involved in the restoration of the New York Yacht Club Forty Marilee I can attest to the wonderment evoked by these glorious yachts of a bygone age. What a marvellous job Madsen, who rebuilt the sister ship Rowdy, has now done in reconstructing her history, and in sharing the incredible life journey of the original owner. Complimented by an extensive collection of illustrations and vintage photographs, Rowdy is a fascinating and uniquely personal story that should be on every sailor’s (and non-sailor’s) bookshelf.”

(Amazon, In a Class by Herself: The Yawl Bolero and the Passion for Craftsmanship)

“Rowdy is a finely crafted book about a finely built yacht. It’s a narrative of war, competition, decline, and rejuvenation—and at the center of it all, a sublimely beautiful boat.”

“Rowdy wonderfully represents not only one of the liveliest periods in the history of sailing, but also the fulfillment that comes with the challenging, caring project of restoring something precious to its original state.”

Author, In a Class by Herself and The Annapolis Book of Seamanship

“Rowdy is brought to life in this captivating tale through the passion and obsession of Madsen. The reader easily becomes immersed in this incredible and adventurous story, and is driven to keep turning the pages. Fortunately for us all, her rescuer and former owner persisted in his research which has led to the story of a 1916 racing yacht and a rich and detailed history of Holland Sackett Duell. Too few classic boats are fortunate enough to be saved and fewer have their story told as completely as Madsen has done. Christopher Madsen didn’t just write about the now beautifully renovated Rowdy; he has become a part of her impressive and enduring history.”

Ross Hubbard, November 1, 2003 (Survey statement on the restoration of the yacht)

“The level of commitment and professional accomplishment is rare and is evident in every part of the vessel – truly a beautiful vessel, now restored, should be considered A NATIONAL MARITIME TREASURE.”

“ROWDY is an extraordinary presentation of monumental yacht restoration culminating in supreme racing successes of a vessel nearly a century aged…. My grandfather, Captain Nathanael Greene Herreshoff, designed and built all the signal one-design classes of the prestigious New York Yacht Club as well as yachts that defended the America’s Cup for the Club six consecutive times. The “Fighting Forties” accomplished vigorous racing between NYYC members over many seasons starting from 1916. The ROWDY story, so well and thoroughly presented, is both instructional and inspirational…. It is a fine read!”

“Many sailors know well the legend of Rowdy, a 65-foot New York 40 launched in 1916…..Rowdy is Madsen’s account of meticulously researching the yacht’s history….. Madsen… poured over personal and legal documents during 16 years of research for the book, which reads like an epic historical yarn.” 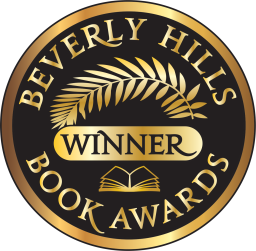 Foreword’s Book of the Year Awards

“The historical research and vintage history is simply extraordinary, making Rowdy an exceptional standout presentation that neatly moves far above and beyond the multitudes of books competing for similar shelf space… The rich and diverse content makes Rowdy a strong recommendation for sailors and non-sailors alike.”

“Rowdy (the book) is divided into several accountings – and each one is engrossingly interesting….Rowdy is certainly a wonderful read. It’s interesting, well‐written and provides a consistent stream of historical facts.

If you’re a lover of reading anything nautical and/or historical then Rowdy will simply suck you in – not spitting you back out until you reach its conclusion.”

“Well researched and very informative, this book is a work that spanned many years and it shows in the final product.”

FIVE STAR. A gem of a book!

“Brimming with passion, definitively researched, and amazingly readable, Christopher Madsen’s “Rowdy” is a book that will take the reader on a remarkable journey through history…. Far from the tale of a boat – although that passion is omnipresent in the book’s final chapter – the story of “Rowdy” will entrance anyone who wants to take a trip through time to one of the most remarkable periods in U.S. history. For fans of sailing and history, the winds will be at your back as you devour this remarkable story.”

“Upon first sight of the beautiful, old-fashioned cover, one may get the sense that Rowdy was a labor of love, which the introduction confirms. Rowdy is the meticulously researched story of an antique boat and the people associated with it. Madsen’s narration follows these people wherever their stories led them, including the Argonne battlefield and early Hollywood. Rowdy recreates the world of a century ago, helped by many old photos, and those interested in historical reading are likely to find this work a fascinating glimpse into the past.”

“Rowdy provides a fascinating step back in time and into the colorful life of Holland Sackett Duell. His 1917-19 experiences in the Great War as an officer with the 306th US Army Field Artillery have been reconstructed by Madsen in remarkable detail. From training camp to battlefield, the book provides the reader with a vivid, detailed, and reflective narrative of one man’s experience of the First World War. A very informative and enjoyable read.”

“Colonel, Senator Holland Duell and his Yacht Rowdy were a notable presence in Larchmont in the 20s and 30s. Sixteen years ago Christopher Madsen’s rebuild undertaking breathed life back into the aging yacht, and now his book Rowdy brings back to life the fascinating story behind the man and the yacht.

The amount of detective work that certainly went into resurrecting this story is staggering. The numerous vintage photos are stunning, and the content, which overflows with historically significant material, also delivers an exciting and most enjoyable adventure and love story set in the 20s. What a wonderful piece of history to have preserved for all to enjoy!”

“For six years I had the pleasure of owning Rowdy and of racing her to many victories in the Mediterranean. Being aboard the near 100 year old yacht, one senses an atmosphere of her vintage history, and is left to ponder the details of what must have been her adventurous and romantic past. Rowdy’s former owner, Christopher Madsen, has now brought that marvelous history to life in a story more colorful than imagination. Titled after the yacht, Rowdy is the epic tale of the original owner’s incredible life. Encompassing sailing, the Great War, Hollywood, presidents & politics, love affairs and scandalous affairs and more – Rowdy is a fascinating, true life story that all should enjoy.”

“How wonderful when a century-old pedigreed boat like Rowdy inspires not only its own restoration, but exhaustive research into its first owner, Holland Sackett Duell, his family, and their exploits. It’s as much a social history of yachting and beyond as it is the story of Rowdy’s restoration. And a very good read, all-round!”

“The 1916 Herreshoff designed sloop Rowdy is well known in the Mediterranean by way of her stellar racing career. And now Christopher Madsen, through his newly authored book, Rowdy, is sharing the fascinating history of the yacht and that of her original owner. The elegant coffee table book, abounding with vintage photographs and illustrations, brings to life one of the most glamorous eras in the history of yachting. An enriching read and a visual delight!”

“Rowdy comes with a cover that has the feel of worn leather and gold leaf stamping that make it a beautiful coffee table book and would be worthy to grace any personal or yacht club library..…if you have an interest in the early history of yacht racing on the East Coast, the people involved, and Herreshoff designs, Rowdy would be worth a serious look.”