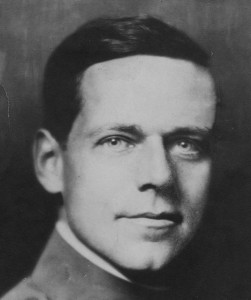 9-29-1904: Holland Duell and Mabel Halliwell were married at the Hotel Majestic.

1-17-1907: At 25 years of age, Holland S. Duell won the election and became an assemblyman representing the 2nd district of Westchester County.

6-1907: Holland Duell bought the sloop “Jolly Tar” which he kept on a mooring at Echo Bay next to the New Rochelle Yacht Club, of which he became a member.

11-7-1908: Assemblyman Holland S. Duell won re-election by a landslide majority of the vote – the largest ever given in the territory for assembly.

Late 1911: Holland Duell, by coming to the financial rescue of his friend, Frederick L Collins’ business – McClures Publications – ended up becoming his business partner and vice-president of the business.

3-1912: Emilie Brown, the cousin of Holland’s wife Mabel, was offered, and accepted a job to live at Ardenwold and help with the children.

10-14-1915: Holland Duell ordered the New York Forty Rowdy from the Herreshoff Manufacturing Company for $10,000 plus $280 for the wheel option instead of a tiller.

5-9-1916: The Rowdy was taken out for two hours of sea trials with her designer, Captain Nathaniel Herreshoff aboard.

11-10-1916: Superpictures Inc was formed to sell and distribute motion pictures with Holland S. Duell as treasurer, and his friend, Frederick L. Collins, as vice president.

4-6-1917: The United States declared a state of war with Germany and on 5-11-1917 and Holland S. Duell joined the military. He served with distinction as a major in command of artillery.

1-1919: Holland S. Duell returned home from France a hero and was highly decorated.

7-24-1922: Senator Holland S. Duell was rated as the “ablest, most constructive and most independent” member of the Legislature in the annual review and awarded the Distinguished Service Palm by the New York State Association.